Jesus said: Do not let your hearts be troubled. Believe in God, believe also in me. In my Father’s house there are many dwelling places. If it were not so, would I have told you that I go to prepare a place for you?
John 14: 1-2

A Tootsie Roll Pop, hard on the outside and soft on the inside, that’s the only way to describe Gracie. She could be downright acerbic, and she feels very alone in the hospital room until she reminds herself that she doesn’t need anybody anyway. Maybe her shell hardened through all those hard times. After all, lots of stories circulate about the old days when she drank, and if you look on the edge of the funeral parlor parking lot you can see the alcoholism running through the generations. There are stories too about an old boyfriend who used to beat her up and three babies who were taken away, placed into foster care by the state of New York. No one remembers if they were boys or girls, but one thing is certain—Gracie had some real bad days.

But they have placed a lovely smile on her face, and she looks as calm as anyone has ever seen her lying there in the casket. And two women weep in the front row, and her brother sits close by with his head bent nearly to his knees. Yet all in all, it went smoothly and quickly, from a stomachache to death in just a few weeks.

And in the end Gracie was very brave and very smart. She rallied her friends and took care of her brother and said goodbye. And then she asked her pastor for a picture of the pastor’s dog. “Bring me a picture of Ben”, Gracie said. “I love that dog, and he loves me too.” And when they placed the sheet across her face and all her suffering was over, Gracie had that dog’s picture on the table next to her bed. 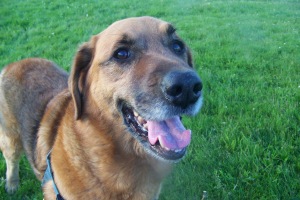