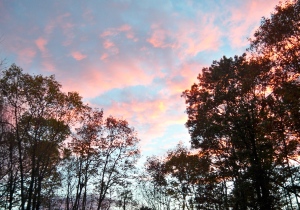 Bobby Fitzpatrick drowned last night in less than two inches of water. That was the shocker, not that Bobby Fitzpatrick was dead, but that he’d drowned in a puddle.   To be honest, no one actually measured the depth of the water, but when he arrived on the scene one of the Sheriff’s deputies exclaimed, “Look at that, drowned in less than two inches of water!” and the idea took hold and spread. It may not have been the most professional exclamation, but no one blamed the deputy. He was young. Besides the sight of Bobby Fitzpatrick lying dead, taken down by a puddle of rainwater, a Viking felled by a trickle, was enough to make anybody forget his manners. After all these years, Bobby Fitzpatrick was finally down for the count.

Bobby had been dead before. Once he’d passed out in the flowerbed in front of the Chinese restaurant. The restaurant’s owner threw a pot of cold water on him, and when that didn’t work he called the police, but it was a busy night and by the time the cops arrived, Bobby had breathed his last. A quick thinking rookie performed CPR and brought him back, but most of the other cops treated the rookie more like a fool than a hero. “This one had to rescue Bobby Fitzpatrick!” They rolled their eyes and laughed. “I wouldn’t give him mouth to mouth if you paid me!”

But after the flowerbed incident, Bobby lived for three more years. He told everyone he didn’t want to talk about that night at the Chinese restaurant. The truth was—he didn’t remember a thing, and that terrified him. What if death were one long blackout? The thought gave him the shivers and ignited a desire that sent him walking into the woods behind the grocery store to meet the guys for a drink. He loved to tell folks that he was as “Irish as Paddy’s pig”, but he had some Mohawk blood on his mother’s side making his genetic profile more than sufficient cause for the alcoholism he carried in the marrow of his soul. He knew the bottle was the source of both his diminished joy and increasing pain, but he also knew he wasn’t putting it down today.

Every once in a while Bobby stopped drinking because he went to jail. Usually, he was arrested for abusing the system. He’d get lost or confused or his belly ached till he thought he was going to die, and he’d get so frightened he had to do something. So, he’d dial 911. Then just for a moment he’d find relief, relief in the thought that help was on the way, someone was coming, someone was going to make it all better. But they were often mad when they arrived, and once in a while they sent him to detox and then off to jail where he couldn’t drink. People always talked about how great he looked when he got out. Sometimes that helped him stay straight, but then sunset and the threat of night and darkness and suffocating fear, and before long it was just easier to go hunt up a bottle, and for a time such sweet relief to give in.