I once threw up on my front door–proud that I’d shut that door with my date on the other side–before commencing.  The cherries from the Manhattans I’d been sucking down all night created a stain, and you could still see a faint red mark in a certain light even after a coat of paint.  It’s probably not smart to mention any other classy moments at least until the laws change and all the statutes of limitations clear.  Suffice it to say I loved Greenwich Village and knew how to party. But God was good to me, and I didn’t do anything stupid enough to keep me out of the ministry or that hurt others or myself too badly.  That’s God’s grace and the proof of miracles.

I did get arrested once when I was bartending.   After pressing charges against some customers who started a fight, I was arrested in a retaliatory move, but I think God was giving me a close look at what it feels like to be viewed as guilty, to be demoralized, and have your belt and shoestrings taken away.  Before I was arrested, I was a white girl overflowing with the privilege of race and innocence.   I had no idea what it felt like to be on the wrong side of the law.  Having handcuffs locked round your wrists makes an impact that’s hard to gain otherwise. My arrest and night in jail, broadened my horizons and connected me to the people I served. Nothing beats experience, and experience enables empathy.   Lots of the folks I worked with and talked to everyday were intimately acquainted with the criminal justice system.  After my arrest, I was too.

Visiting the county jail regularly and volunteering for a prison ministry program for over a decade, I had great opportunities to talk to inmates and folks who served time in correctional facilities.  White women visiting a prison in Upstate New York, my co-teacher, Susan, and I often discussed the number of black and brown faces filling the prison, and the inmates who were from neighborhoods just a few hours south of us in Brooklyn and the Bronx.  We had an occasional white face in our classroom, but the vast majority were men of color from a world of poverty.  They were young men when they were arrested, and it’s possible they had no idea the guy in the front seat was carrying a gun, but there are also victims and plenty of bad choices. And the real stories of redemption always include confession before pardon.

It is easier for me to see the student if I don’t look up the inmate’s record.  Through the course of their incarceration, the inmates-turned-students are judged regularly; they deserve a clean slate in the classroom. When we expect the best, we get the best.   I always feel better and do better when I think the people in the front of the room like me—or even in the back of the room for that matter.   I’m guessing I’m not the only human who operates that way.  And we are all sinners standing in the need of grace. When we remember that, it is easier to show grace to others.   Throwing up on your own front door and admitting it—even years later—will humble you. It will also give you the empathy you need to hold someone else’s hair when she faces the commode. 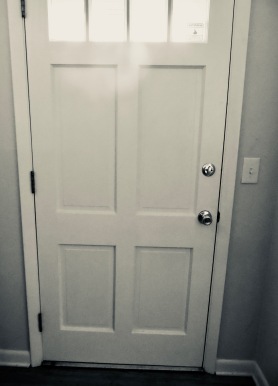